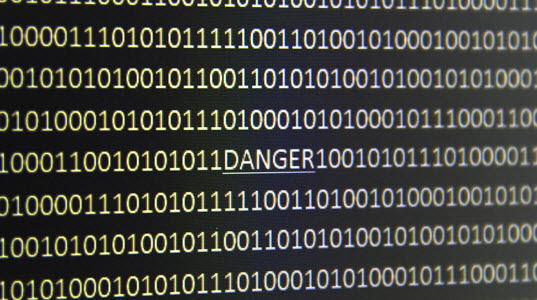 Marlon Brando once said to an interviewer, “Human behavior has always fascinated me.” Me too, Mr. Brando, and the other thing that has captivated my interest is the words that come out of people’s mouths and with the advent of Social Media, the words they type. Words and behavior impact others, and sometimes it’s not in a good way. Maya Angelou once said, “I’ve learned that people will forget what you said, people will forget what you did, but people will never forget how you made them feel.” The memory of the words or events lasts a long time, long after you forgive the person or the persons involved.

When I was a child, I broke my thermos in my lunch box. Being frugal, Mama bought me a replacement that didn’t match my Flipper themed box. I was fine with it until I was sitting at the lunch table enjoying my food when a group of girls walking by, maybe two or three years older than me, decided to stop and make fun of me with my replacement thermos. “What’s the matter?” the leader of the preppy clique said. “Your mama can’t afford to buy a new lunch box.” They said more, but I don’t recall the rest of their mean-spiritedness.

Except for one girl. She didn’t care for the other’s behavior. “That’s not nice,” she said, looking peeved. Not sure if her words shamed them or if they got bored, but they moved on, probably to ruin somebody’s else day.

This scene reflects the world we live in—although there are indeed plenty of jerks, there are still good people around.

Tucked away in my memory is the story of a tragic death of a young man. One of his friends, understandably upset, but in his arrogance said this, “Why did it have to be him? Why couldn’t it have been some trash?” while looking at someone I knew well. The person who said that was somebody I respected, but that ended the minute I heard about those words. Unlike that elitist chump, death is no respecter of persons. It grabs the rich, the middle-class, the working-class, the pretenders, and the poor. Hope he’s learned that lesson by now.

What makes his comment different from others who grieve? Many, including myself, have wondered why God took a loved one when there are so many evil people walking around untouched and carefree. The difference is this:  he said it to this person’s face.

One of scenes I just mentioned involves children, and the other involves adults with one of them acting like a child. I’m willing to bet none of the bullies in either case remembers these events. Nonetheless, feelings were hurt, which formed scars, by careless words flung out by condescending dimwits. Ms. Angelou was right.

The Bible says it best concerning the danger of the tongue in James 3:8; but no human being can tame the tongue. It is a restless evil, full of deadly poison. That pretty much sums it up

People’s fingers can do some damage too. Social Media verbiage is more dangerous than the spoken word. Here’s my reasoning. We’ve all heard this, “What comes up, come out,” when it pertains to someone who speaks his or her mind. Some people have a faulty gate on the wall between what’s in their minds, and what comes out their mouths. Words slip out, and we’ve all done it. The words zoom out at lightning speeds, and they often require a typical, “I’m sorry. I didn’t mean to say that,” to do some mending.

The written word is different. One has to stop and think to make the letters of their words flow through their fingers to the keyboard or the keypad. There is no slip of tongue, no Freudian slip, and no what comes up, comes out. Writing or typing requires more thought than an in the heat of a moment verbal argument. Not only does one type the words, they also have to click Post or Send. There are plenty of opportunities to quit before the destructive words go out.

I learned early in my career in information technology the best thing to do when you’re angry and want to strike back at someone is to never, ever send an email when you’re angry. Some of the best advice I ever got came from an I.T consultant I worked with after I returned to the hosiery manufacturer I worked for as a machine operator. We were going through a difficult implementation, and he told me this:

“When someone’s made you mad, done you dirty, or whatever, and you want to tell them off, open an email and do not, I repeat, do not put any addresses in the To, CC, or BCC fields. Say everything you want to say to that person and then save it. If out of habit you click Send, you’re safe because you didn’t list any addresses. Doing this gets it out of your system, and it keeps you out of trouble. A few hours later or maybe a day or two, read it again. Most likely, the anger will be gone by then, and you can delete it.”

I’m glad I learned that early in my career; I’ve typed up quite a few of those venting emails. I’ve also typed a few angry posts, only to delete them before I clicked Post. Sometimes it’s best to just keep scrolling.

If the actions and words of others have hurt you, charge it to their minds and move on. Don’t let it define you, which is what I did for a long time. I’m doing a lot of quoting in this post, so here’s another. Eleanor Roosevelt said, “No one can make you feel inferior without your consent.” I once allowed that to happen to me, but not anymore, and neither should you. God put each of us here for a reason. We each have a job to do. Let the negativity, the narcissism, the meanness flow away from you, and be the best you can be while you fulfil your purpose. And do not forget words have power, use them wisely.